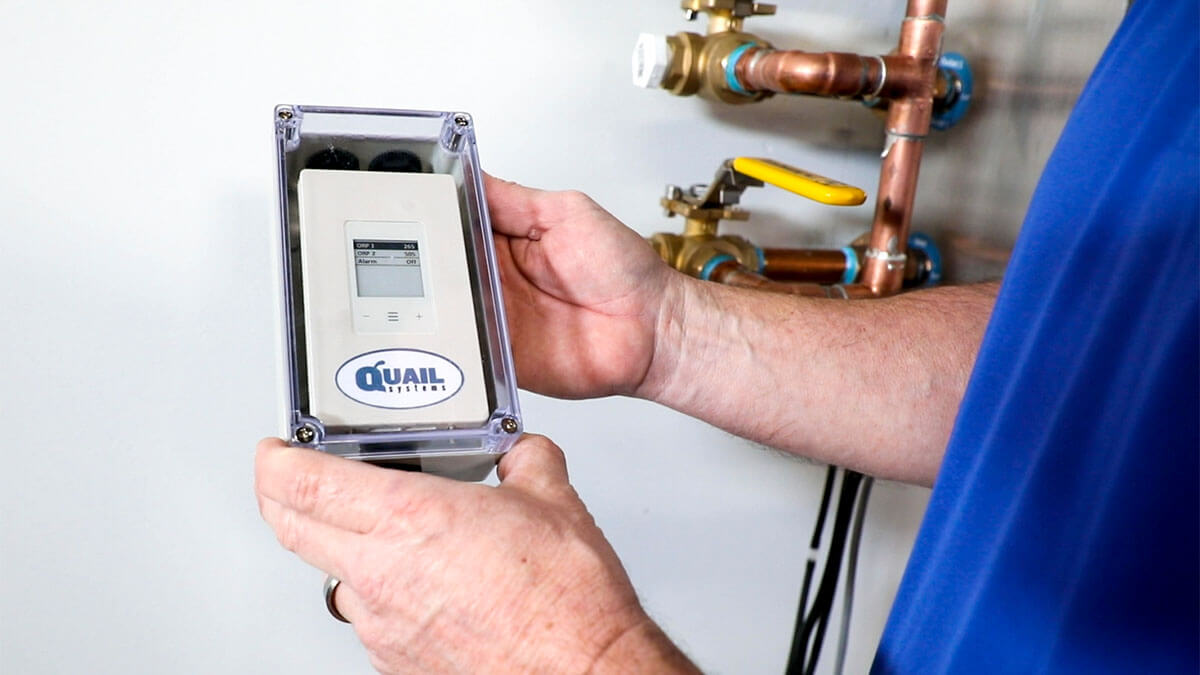 The United States Patent and Trademark Office recently approved a second patent for Quail Systems LLC’s method for ozone generation, wireless communication, monitoring and remote access featured in the Refrigerated Transport Series. Additionally, the patent protects Quail’s method for installing the Refrigerated Transport Series in an enclosed airspace. The first patent approval, which was granted last July, covered the design of the system. “As we continue to advocate and promote the use of ozone to create a safer and better food chain from farm to fork, this approval protects our Refrigerated Transport Series and the many hours invested by our team of researchers, developers and designers,” Robert Smith, Quail Systems President and CEO, said. The Quail Refrigerated Transport Series works within a trailer’s existing refrigeration unit to circulate ozone in the airflow to sanitize the trailer between loads to prevent cross-contamination and to protect and extend the life of perishable cargo while in transit. “Our company has used the Refrigerated Transport Series for a year now and we’re able to deliver a product that is safer, better and fresher,” Gerardo Soto, owner of Blue Nation Logistics, said. “We’re reaping the benefits of the system and passing it along to our customers, as well.” Approved by the FDA and USDA, ozone is recognized as the most effective antimicrobial disinfectant on the market. Quail’s safe, advanced technology produces ozone onsite. Quail System products allow food providers to meet the Food Safety Modernization Act’s requirements to transport food in a safe, clean environment and prevent cross-contamination. FSMA shifts the focus of responding to foodborne illnesses to preventing them. According to the Centers for Disease Control, foodborne diseases impact about 48 million people, 1 in 6, in the U.S. Quail Systems, a Tennessee Company, was founded to bring the highest quality of ozone systems with monitoring and service to the market. With more than four decades of experience in research, development, monitoring, and maintenance of ozone systems, the team provides a cleaner, safer solution to kill contaminants in the food chain. In addition to the Refrigerated Transport Series, Quail Systems manufactures the Quality Food Preparation Series, the Mobile Sanitizing Series and the Universal System. Additional information about Quail Systems is available at https://quailsystems.com/.